Fighting the Ideological War: Winning Strategies from Communism to Islam 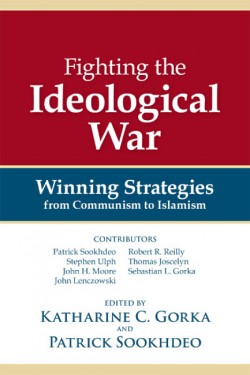 Islamism is a growing and powerful ideology that tolerates no dissent or rivalry. Yet in recent decades the United States has responded only to the violence that Islamism has generated, not to the beliefs and ideas that drive it. As a result of this failure, Islamist numbers and confidence have grown, and Islamist regimes have taken power in the Middle East and North Africa.  So the United States is less safe than it was before 9/11, as is everyone else outside the Islamist fold.

Until the United States understands and confronts Islamist ideology, it will not be able to slow the Islamist revolution and its destructive effects. This collection of essays proposes an effective strategy for countering and defeating the beliefs that motivate Islamists. It examines those beliefs in detail, considers their strengths and weaknesses, and draws on the lessons of past ideological conflicts. Thus it provides invaluable equipment for the war of ideas in which we must now engage.