Islamism and the Future of the Christians of the Middle East 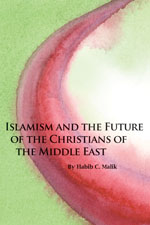 Christianity may have “won the world,” in the sense of being the most widespread religion in history with the largest number of adherents, but it is steadily losing ground in and around its birthplace. Although Christians of the East are leaving their homelands in record numbers, the powers of the West have shown little interest in their fate. In this essay by the noted Lebanese scholar Habib Malik—himself a child of Christian Lebanon—Malik offers a sobering account of the ordeal of Christian Arabs of the Middle East in this era of Islamist radicalism.
Malik explains why the number of native Christians in the Middle East—now between ten and twelve million—continues to dwindle, one of the most prominent reasons being the rise of Islamic extremism, or Islamism, in both its Sunni and its Shiite varieties. Despite weaving a bleak tapestry, he offers hopeful suggestions on how to achieve a healthy pluralism between Muslims and Christians in the region.