Virgins? What Virgins?: And Other Essays 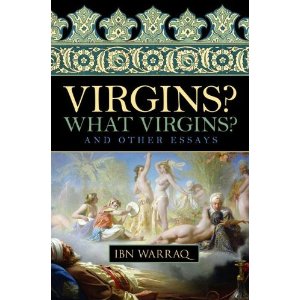 In this wide-ranging collection of insightful, controversial, and often-witty essays, the renowned author of Why I Am Not a Muslim has created a representative selection of his best work on the Koran and various problems posed by the interaction of Islam with the West. The title of the collection comes from an article that originally appeared in the London Guardian on recent textual studies of the Koran. This research suggests that, contrary to a longstanding Muslim belief about the afterlife, a harem of beautiful virgins may not be waiting for the faithful male departed in heaven.

For the many readers of his books who have wondered about his background, the author begins with a charming personal sketch about his upbringing inEnglandand his unabashed Anglophilia.

A section on Koranic criticism includes excerpts from two of his books, What the Koran Really Says and Which Koran?

No stranger to controversy and polemics, the author devotes two sections to articles that consider the totalitarian nature of contemporary political Islam and explore the potential for an Islamic Reformation comparable to the Protestant Reformation in the West.

The concluding section is composed of Ibn Warraq’s journalism, including a critique of reputed Muslim reformer Tariq Ramadan, a defense of Western culture (“Why the West Is Best”), an article about the Danish cartoons that provoked widespread Muslim outrage, and even a commentary on heavy metal music in a Muslim setting.

This thoughtful, engaging collection on diverse topics will interest both longtime readers of Ibn Warraq and those new to his work.